“Straight from the Horse’s Mouth”

If you know anything about the history of Rock & Roll, you probably know that Buddy Holly was killed in a plane crash in 1959. There’s an interesting story attached to that story, and that is that Waylon Jennings was playing bass for Buddy at the time, and was scheduled to be on the same plane. The story goes that Waylon gave up his seat to The Big Bopper because the Bopper had a cold.

When Waylon was recording at Caribou Ranch,

I was working in the control room with him. When we finished, late one night, Waylon was waiting for his ride to the Denver airport. He was sitting on a bench in the studio, and I seized the opportunity. I sat down beside him, we both had a swig, and I said,  “I’ve always heard you were supposed to be on the plane with Buddy Holly, but you didn’t get on it for some reason.  What really happened?” 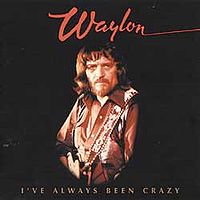 Here’s what he said, “Yes, I was supposed to be on the plane, but one of the roadies had a girl friend, whom he hadn’t seen for a while, waiting for him in Fargo. The roadies traveled by truck, so it would take them a lot longer to get there than it would in the plane. So I let him have my seat, and I rode in the truck.”

There it is, “straight from the horse’s mouth”.  You decide for yourself – was he fooling with me, or was he telling it like it was?

As a side note:  Years later I was working with a lady in Denver named Diane Hughes, and she told me that she grew up in Iowa, and it was her grandfather who owned the plane that Buddy Holly chartered that fateful day.

I was there long enough to have a lot more tales of a lot of different stars, but I don’t want to talk to myself.

kris brown/donna dabrowski's daughter
My mother worked at caribou ranch when I was 8 to 11 years old, and she raised me by herself. So during the summer, she (sneaked), me on the ranch every day. Most of the staff knew I was there, although, I think she tried to hide me from Jimmy G, the owner, and his wife. I have a lot of tales myself, probably some that would shock a lot of people. I met and got to know everyone I could, I am a leo! Ha Ha! One of my most treasured memory’s was of Waylon Jennings. He was married to Jesse Colter at the time, and she was very jealous. Waylon had a charisma about him, at least toward me. Every time I saw him I was instantly drawn to his side. I would try to think of anything to talk to him, usually I would talk about the horses, because he went for a ride every day. I rode the horses any time I could, which wasn’t that often, but Caribou had the best horses. My favorite was buttercup. One day, Waylon took me to the big cabin with all the dead animals,(the owner, Jimmy, had supposedly shot every animal, and bird in their, which I have no reason to doubt. Anyway, I had told Waylon that I was scared of the dead animals, so when his wife was gone one day he grabbed my hand, and took me to the lodge, and proceeded to tell me who each and every animal in the lodge was, and we petted them. He did this throughout the entire lodge. I felt safe there after he did this. Then before we left the lodge, he sat down and grabbed his acoustic guitar, and sang me a LULLABY! I was in shock the entire time we were together, because I already knew and loved his music. So when he sang me a lullaby, I didn’t appreciate it like I (as if in a million years, he does this everyday), should have, and regret so much, because he is/or was such a special man, I know that he was so real, and he was so shy, I know now, (actually), I shook the whole time he took me to pet the animals, because i knew who he was, and I knew that what he was sharing with me was very special, and you better believe that I drew out every moment with him, even at that age. I think that he just had that effect on every one. When he took me through the 15 or 20 room lodge, and we petted most every animal, and bird, he sat down, grabbed his guitar, and sang me a lullaby. I couldn’t believe it, and did not appreciate it like I should have, I knew the words even, to most of his songs, and I wanted to hear him sing something that I knew. I kind of missed the words to the songs, but i realized that what he had just done, and the lullaby, was very special to him. I think he might have lost a child in the past. He wore his black leather vest, his black, button up shirt, his black jeans, his snakeskin boots, and his black felt cowboy hat with his wrap around with the silver tips. That was Waylon. He was shy, at least when he wasn’t drinking his bourbon, whiskey?!? He was also a simple man, who thought a lot. I think God for my memory’s of Waylon, but that was him, he left an impression on me!!!